Thief in the night 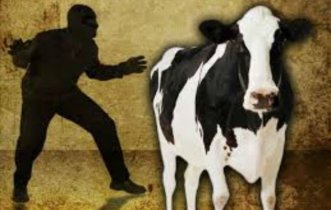 A few weeks’ ago I (Dan) and a local friend (Okello) bought a bull to slaughter with the intention of selling it to make a little profit on Independence Day, which we did.  At the end we made about 250,000 Ugandan shillings (£50 or $AUS90), not much in western terms but an exceptional days work in Ugandan. Afterwards, we sat around the table and discussed the process and decided to try it again. Which we did with similar results. Unfortunately on the third attempt things have turned. We bought two more bulls at the local cattle market, but sadly, in the early hours of last Saturday the cattle were stolen along with Okello’s grandmothers cow! The hoof steps were tracked although they ended about 400mtrs away where they had been loaded onto a truck and driven away.

This was particularly disappointing for Okello’s grandmother. Her cow was a dairy cross. It provided a small income (selling milk) and nutrition (drinking the milk) and was her biggest asset by far! She was so distraught that she called her sister from another district to come and console her and then moved deep into the village onto family land to grieve. She is still there.