Today I begin a short series (four posts) on community life living in Uganda. There are four short stories I want to share with you. I will begin with one today, then the rest should follow in coming days… 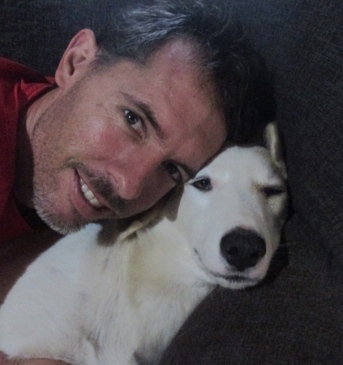 The truth about the chicken

This morning Dan went to unlock the gate and was greeted by three women, one particularly agitated. It was the second time this woman had appeared at our gate. Three weeks ago she waved a dead chicken around in the air accusing our pup Izzy of killing it. She appeared the day after Izzy had got out for the first time and had a little run around, it was also after a severe storm. We tried to inspect this chicken, no bite marks, we were skeptical. We asked a lot of questions, we didn’t really get many answers, so the lady threw the dead chicken at our gate, threatens to kill our dog if it gets out again, she walks off and that was that. Quite a few passers-by picked up the dead chicken, also inspected it, and all agreed a dog was not to blame. Common theory of cause of death was stoned by children.

Today this woman returned, flanked by two at her side. Another chicken in her hand (this one alive), this time claiming our beautiful Ned had tried to kill the chicken and she says she has a witness. Ned? Not our Ned! If any of you know Ned, you would know that he would never do such a thing. He sometimes gets out, has a little run around the village, greets a few people, plays with some children, runs around with other dogs, then will reappear around dinner time (funnily enough). Dan was adamant that Ned didn’t do this. A heated discussion ensued for possibly 30 minutes. During that time Dan tried to call the head of the local boda group, he would know what to do, and he knows Ned J One of the lady’s was attempting to interpret the woman, but it didn’t appear she was doing a good job. Dan possibly said about 5 times that he would buy the chicken from her – not admitting guilt, but just to alleviate the escalating situation. Denis (head boda) arrives, speaks with the woman for a long time, and although he agreed that Ned didn’t do it he recommended that Dan buy the chicken from her. So Dan buys the chicken in question but the woman walked away still looking miserable; possibly because we wouldn’t take responsibility.

Less than an hour after the heated transaction we are told by neighbours behind us that it wasn’t Ned, they saw the whole thing, and it was another neighbour’s dog (which isn’t in a fence). These neighbours had to pull the dog off the chicken. They also claim that this other dog had also killed all their chickens in the past.

With this new evidence, Dan and Denis go on an evening walk through the village to find the owner of the chicken. Dan and Denis have a lovely little stroll and meet about three groups of people along the way. Each time they stop, Denis shares about the chicken event each time. Good strategy: publically let the truth out. Ironically the first group of people were the very neighbours who had intervened and pulled the chicken off.

Dan and Denis arrive at the owner of the chicken’s home, however she was at church choir practice and wasn’t in. Her son was, so they shared the updated story with her son and he says he will pass the information on to his mother.

On the way back, they meet another group of people, and Denis continues to share the truth about the chicken. Dan enjoyed interacting with these people along the way for two main reasons: 1: It was lovely to stroll through the village and the residents seemed so friendly. It was off our beaten track that we normally traverse. 2: There was a lot of talk of us being ‘part of the community’, and it was encouraging to hear people’s sense of justice. Many of those we met claim the woman was blatantly making up these accusations to get money from the white person which, in their eyes, was not right.

Ned – falsely accused of being a chicken killer.